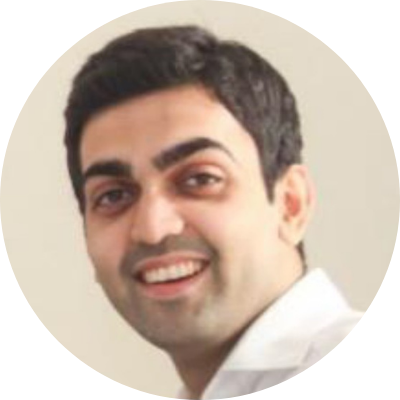 Karan Kapur has been with K Hospitality Corp since the past decade, and is part of the strategic decision making, business development and operations strategy roll out for the group. With an expertise in business administration, finance and economics, backed by his education in various universities abroad, Karan believes in being a hands-on leader and believes in actively participating in the operations of the group to facilitate growth and expansion.

Karan Kapur is the Executive Director of K Hospitality Corp, one of India’s largest home-grown hospitality and food service corporations.

K Hospitality Corp has a legacy of 49 years in the F&B business, with presence across multiple verticals in the F&B industry, including formats like Restaurants, QSR, Travel Retail F&B, Banqueting & Catering, Corporate Food Services, and Food Courts.

Karan graduated from Northwestern University, where he acquired his B.A. in Economics, and from Kellogg School of Management, where he received a Certification in Finance. After setting up new businesses for the organization, Karan returned back to the US to acquire his M.B.A. from Harvard Business School.

He played an active part in the setup and launch of Travel Food Services, the travel retail vertical under K Hospitality Corp. Karan currently heads the Indian and International food services verticals of K Hospitality Corp which include some of the acclaimed brands – Copper Chimney, Bombay Brasserie, Punkah House, Bombay Borough, Blue Sea Banquets, Pavitra Catering, amongst others; along with the recent foray into International QSR growth with the launch of Domino’s Pizza in the African subcontinent.

At a group level, Karan is part of the strategic decision making, business development and operations strategy roll out for K Hospitality Corp, and has played an active role is building the organizational capabilities to scale up to over 6000 employees today.

Karan supports the implementation of the organization’s vision of creating positive and memorable experiences for people, whether it is for the people who work for the company, or for the customers they serve, while spearheading the new business ventures of K Hospitality Corp in India and abroad.