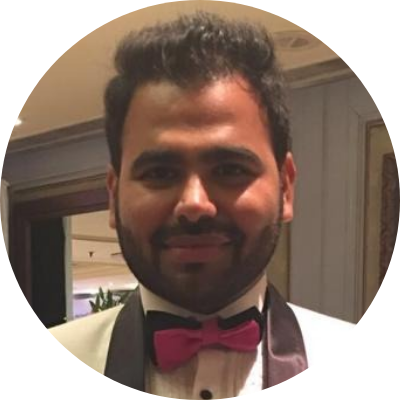 Varun Puri is a name to reckon with in the hospitality industry. With a passion for food that goes way back and fresh, contemporary ideas his concepts are a breath of fresh air in the restaurant space, One of the Most youngest Restaurateur. He has banked upon his dynamic experience, natural instinct for entrepreneurship, enthusiasm for the restaurant business and his go-getting maneuvers to establish his own brand.

Having grown up in Delhi, the quintessential food capital of the country, Varun Puri felt the concept of dining was very conservative and monotonous. This ignited his passion to innovate with cuisines and concepts and to bring something new to the table every single time.
He started his journey when his peers were thinking on the career to opt for. Oberoi and Later Dabur Promoted LBF are his successful work assignments, With his dynamic, result-oriented Principles, Varun successfully launched numerous Brands like Punjab Grill, Masala Library, Bakers street, Shiv Sagar and many more in India and Overseas. Not only this he has received numerous awards for Imly (Times Food Award – 2017,18 &19 for Best Pure Vegetarian), Duty Free (Times Nightlife Award – 2019, 2020 & 2021) & MAD- Music And Drinks for Best Venue for Live Gigs.

But Destiny has something else for him, He was born to Nurture his own brands. He is the one who is responsible to give West Delhi its best, 2017 nightlife award winner Lights Camera Action, Duty Free and then came “Imly” – Delhi’s Chatpata stopover! 100% Vegetarian outlet, Moving Train concept, Insane Food from Streets of India, What also can one ask for. Very confident about Imly, Varun Puri surely is a Man with the plan and he had opened 10 outlets of imly by 2019. In 2017 after winning Times Food Award for IMLY  “Best Pure Vegetarian” hearts of west Delhi With his new brand “Duty Free Bar”, he launched 3 more outlets in Gurugram, Noida & Vegas. With the aim of having 5 more Duty Free outlets by the end of 2022 in Mumbai, Dehradun, Lucknow and Chandigarh.

Called as the ‘Pandora’s box of ideas’, Varun is constantly evolving and executing his ideas in the shape of unique and happening restaurants. Varun latest offering to country is “MUSAFIR” which is a Modern Indian Multi Cuisine brand launched together in 6 different locations across Indian being more targeted towards Tier 2 & Tier 3 Cities such as Lucknow, Hyderabad, Greater Noida, Agra, Chandigarh and Delhi.

With the philosophy of “Hard work is the key to success”, Varun firmly believes in sharing his success and growth with his team and society. The proof lies in the fact that unlike the glitzy and glamour-filled restaurant launches, the launch of his pet-venture Imly saw the first-ever meal of the outlet served to 150 underprivileged kids of the NGO CRY. Determined to help the society, he assures that he will keep doing things for the society without creating a show. Also an animal lover at heart, Varun makes sure to take out time from his busy schedule to feed the strays around his home and at Sanjay Gandhi Animal Care Centre.

His bucket-list revolves around Imly & Musafir and making them one of the best go-to restaurants in the world. He targets to open 20 Imly outlets & 50 Musafir outlets, of which 10 will be launched this year, all over India in the next three years. Going overseas is also on his charts. By 2021, he aims to launch Duty Free overseas and has already zeroed in on a location at Marina Bay in singapore and mall of Dubai.

In his future plan checklist, he has the target of becoming a public listed company and still being the most polite and humble restaurateur. With a crew of 800 at present, Varun looks forward to employing 50,000 people in his company in the future.